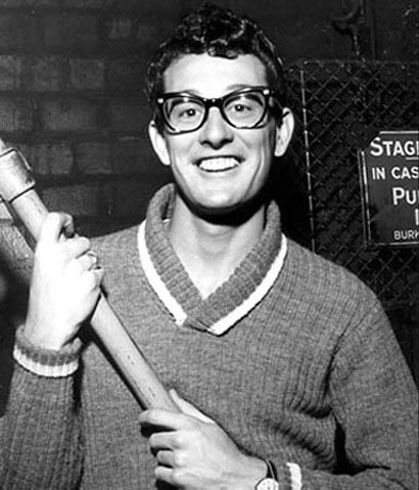 Buddy Holly was a pioneer of Rock n Roll music and was an up-and-comer during the 1950s. Holly was just 22 years old when he and several other artists were touring in Iowa in 1959. After deciding not to remain in Iowa on their unheated tour bus for another night, Holly, Ritchie Valens, and J.P. “Big Bopper” Richardson chartered a plane to fly out of Iowa.

With a young, inexperienced pilot and white out conditions the stage was set for a tragedy and fate delivered. The pilot made a fateful decision shortly after takeoff to turn back to the field, but in the white out conditions he could not distinguish ground from sky and crashed the plane into the ground killing Holly, Valens, and Richardson on February 2, 1959.