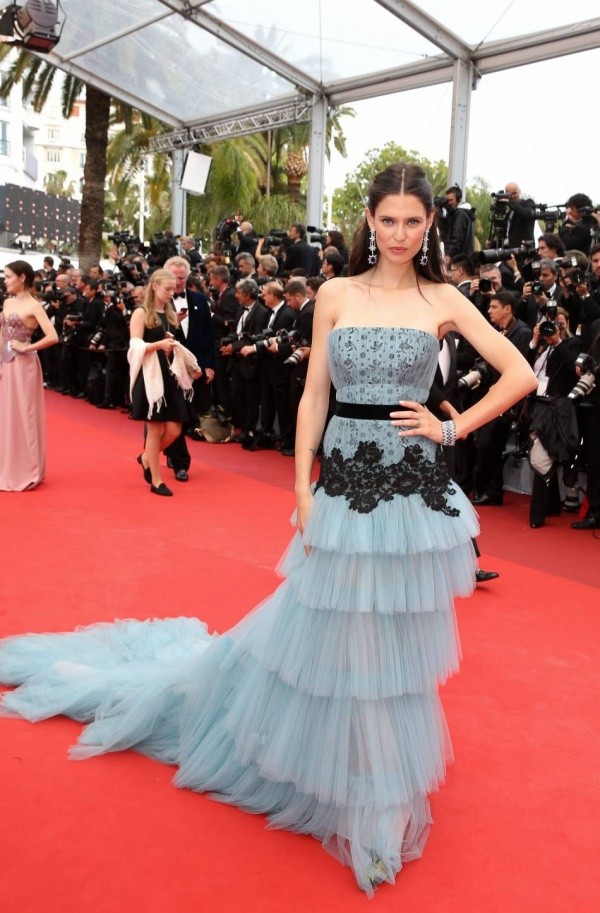 With spring comes the most famous film festival to show the best movies, the most famous stars and the best looks from the red carpet. The opening ceremony was just wonderful, full of gorgeous outfits and make-ups. So let’s see the queens and the kings of the first day in Cannes. Young, beautiful and talented and it is all about our favorite actress Anna Kendrick. She came to Cannes Film Festival to introduce one of the greatest comedies of 2016 ‘Trolls.’ Popular actress rocked a breathtakingly sophisticated look. She wore Stella McCartney dress and Brian Atwood shoes. Her co-star Kristen Stewart was elegant as never before, yet Kristen destroyed her look with an ugly poise. But this Chanel outfit is very feminine and splendid anyway. Super model Bella Hadid came to Cannes without her older sister Gigi. But everyone was happy to see this popular American model in a chic Roberto Cavalli dress. French actress and singer Vanessa Paradis is one of this year’s jury members. She arrived for the Cannes opening gala wearing elegant Chanel dress. Red-haired Jessica Chastain just like Anna Kendrick chose yellow as her favorite color for the red carpet of the Cannes Film Festival. She looked gorgeous, as always.

Julianna Moore was the only one who wore a classic black dress with sheer lace and rhinestones. Another famous Cannes jury member is the Hollywood actress Kirsten Dunst. She wore a perfect red carpet dress from Gucci.

So, what is your favorite look from the 2016 Cannes Film Festival? Do you like the way Bella Hadid rocked sexy dress or you prefer romantic outfit like Kirsten Dunst wore? Share your thoughts in the comments.