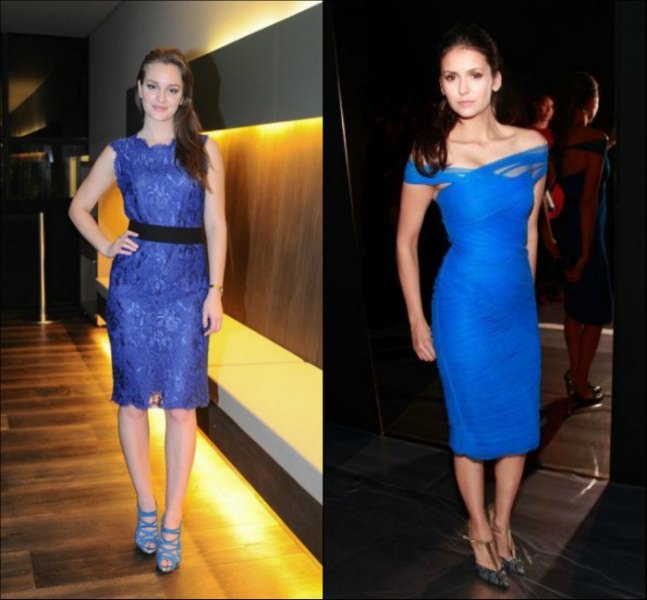 One of the hottest trends, blue dress, has been on-trend for several seasons. I know many celebs who do wear blue dresses, but today we are going to talk about two beautiful actresses – Gossip Girl star Leighton Meester and Vampire Diaries star Nina Dobrev . Nina Dobrev, who plays a double role, starring as Elena Gilbert and as Katherine Pierce on Vampire Diaries, is a very delicate and fashionable woman. She even plans on starting her own jewellery line in the future. In 2012 Nina Dobrev attended the Mercedes-Benz Fashion Week in a lovely blue dress and blue snakeskin shoes.

The dresses of both actresses are very beautiful and very elegant and I don’t know whose dress is better – Leighton or Nina. What do you think? Whose look do you like the most?

[poll id=”7″] In the vote won Leighton Meester! Do you agree with the results?