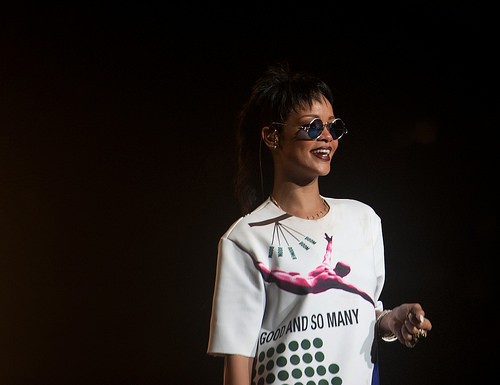 People in their 30s and 40s have a hard time understanding the influence that pop star Rihanna has on teens. When parents learn about their children’s love for Rihanna, they often worry: is the singer really role model material? They can’t seem to remember having read anything about her that would make her an obvious choice.

While Rihanna herself denies that she could be appropriate as a role model to her young audience, pop culture magazines point out the subtle ways in which her choices, decisions and personal philosophies are wholesome and worthy of emulation. When Rihanna opened up to Oprah in an interview on the OWN channel in 2012, she offered an important piece of insight into how she saw her fame. She had the following words to say about how she saw the relationship she had with her fans: “I want (my fans) to know (my) flaws. I’m afraid of the pedestal… I want to be a peer to my fans.” The idea that a star isn’t any more special than her fans is a great way to see the world

2. Never forget where you come from

While Rihanna is an international superstar who spends months on the road each year doing concert tours and studio recordings, she often heads back to her home – to the island nation of Barbados – to spend time with her family and her old friends, and to simply feel at home. The life lesson to learn: no matter how hectic life gets, it’s important to never forget your roots.

For years, Rihanna rented a spectacular upmarket estate in her native Barbados for her family, one that included eight beautiful, 10,000 square-foot colonial-style apartments and a vast swimming pool. In 2013, she actually bought the entire place for her mother and brother for a reported $21 million.

4. Your life is your own

When news of Rihanna being attacked by Chris Brown hit headlines around the world, magazine articles constantly wondered if she would take a clearly feminist stand and break up with him. While Rihanna could have pandered to her followers and broken up with Chris Brown forever, she chose instead to do it her way. She rekindled her relationship with him at one point and then left him again. Whether or not she stood up for herself the way she should have, she did let the world know that she would make her own decisions rather than do what she thought would win her points.

5. Live life to the fullest

Rihanna has been a successful international superstar for 9 years. She has 13 number-one singles to her name and does close to 100 concerts on 5 continents each year. Yet, she is also constantly in the news for her cool lifestyle: her fashion shoots, her club appearances and her philanthropy. Rihanna’s life is a lesson in working hard to stay on top, and yet going out and living your life too.

6. You need to think about others

7. You can be rich and still stay simple

Rihanna is a worldwide fashion icon. Yet, in her 2014 cover story in Vogue magazine, Rihanna talks of downsizing her wardrobe and possessing an all-fake jewelry collection. Rihanna believes in not putting too much stock in worldly possessions.

8. It’s important to have impeccable taste

From her bright red hair to her love of men’s clothing, Rihanna has been an edgy fashion icon for as long as she’s been in the headlines for her music.

9. It’s important to respect other cultures

Rihanna draws inspiration for her art and style from every culture that she comes into contact with. She says her inspiration comes from everything from architecture around the world to graffiti and foreign languages.

Rihanna believes that she has never worked a day in her life. Her motto is simple: If you find something to do that you love, putting 100% into it never feels like work.

With nearly a decade at the top of her game, Rihanna is a certified phenomenon. Success of her kind doesn’t come to a person who doesn’t do a great deal that’s right. In Rihanna’s case, what she does right is often not apparent to those who don’t take her seriously. To her fans, though, nothing could be more evident.