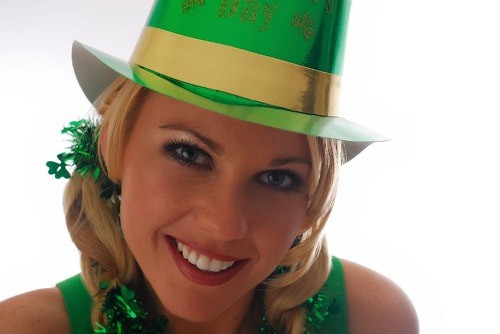 4. When Irish Eyes Are Smiling

Chauncey Olcott (with George Graff, Jr.) wrote the lyrics for this spirited song in celebration of Ireland. The music was composed by their co-creator Ernest Ball for the play The Isle O’ Dreams that Olcott staged and produced. He also sang the title song.

The year this occurred was 1912, and during WW I it was recorded and received with great acclaim by the brilliant tenor John McCormack. Someone described it in the 1990s as a song that had the same kind of charisma as the opening to the iconic television show Cheers, (“Everybody Knows Your Name”) – it was, and remains, that popular.

Not only have well-known singers recorded the song, but it was also used as theme music in the movie Time of Your Life and in an episode of The Young Indiana Jones Chronicles (about Ireland on April 1916). The most recent use of the song was in the movie Return To Me.