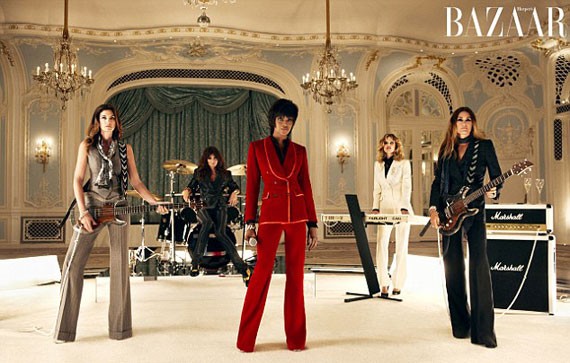 Not since George Michael have so many supers appeared side by side in a music video. In a welcome reunion of sorts, Naomi Campbell, Helena Christensen, Cindy Crawford, Yasmin Le Bon and Eva Herzigova shot a video with Duran Duran for their new song “Girl Panic!”. Harper’s Bazaar UK got in on the fun with a new editorial, “The Supers Versus Duran Duran.” Although, you might assume Yasmin would take on the role of her husband, Simon le Bon, Naomi actually got that honor. We’re excited to see what other surprises are in store when the video debuts to the world on Monday, November 7. Check out the rest of the editorial on harpersbazaar.co.uk.