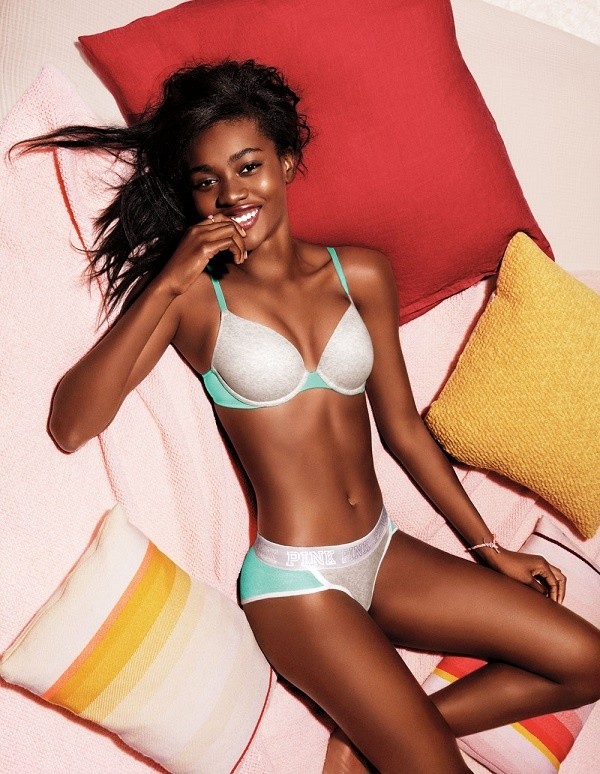 Earning your own wings and walking the runway of a Victoria’s Secret’s show is the stuff dreams are made of for every model and especially for those who only wish they were a model. Well, for Zuri Tibby that dream became a reality when Victoria’s Secret announced her as their newest college-geared brand, PINK.

The gorgeous twenty year old model from West Palm Beach was discovered at only fifteen when she was walking through the mall on a break from work. Members of her now agency followed her around before approaching her about possibly modeling for them. After recovering from the shock (and creepy feeling of being followed!) she agreed to a meeting and her career soon began.

Zuri Tibby was quickly seen in magazines including Teen Vogue, Cosmopolitan, and Interview. Not too bad of a start for someone who describes herself as shy. Tibby will now be joining Rachel Hilbert as one of the faces for PINK and will be featured in all of Victoria’s Secret PINK campaigns and events.

It is not hard to tell why Victoria’s Secret chose her, just a quick glance at her Instagram (with over 18,000 followers!) will leave you in awe. The five-foot-ten Zuri Tibby is absolutely flawless with her ebony skin and finely molded cheekbones. We have a feeling this is just the start of a very long and very successful career.

10 Stylish and Beautiful Women at the Rio Olympics...

10 Most Impressive Celeb Instagrams from the MTV V...