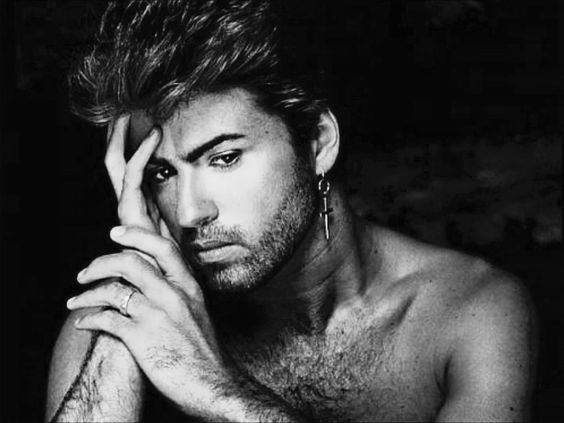 The famous singer left the world at Christmas. He passed away at the age of 53 peacefully at home in Goring-on-Thames on Christmas Day – reportedly because of heart failure. Naturally, people are shocked, and celebrities share their best words about George Michael.

He rarely released albums (from 1987 to 2014 – only six), but the songs from them aptly hit both the hearts of the listeners and the top of the charts. In subsequent years, the singer and author created several hit albums and a series of successful singles that will forever remain in the memory of grateful listeners.

We are also in deep shock, and all we can do is keep loving and remembering him in our hearts. Rest in peace, George Michael. Let’s honor George with his greatest hits:

George Michael’s career began in the duo Wham!, which gained tremendous popularity in the early 80s, for the most part, due to George’s talent, charisma, and striking appearance. This song is considered one of the biggest hits by Wham! The sparkling winter hit became one of the best-selling singles in the history of the British charts. A touching love story is fanned by the romance of the ringing bells of Santa’s sleigh. Last Christmas is still one of the most popular Christmas hits.

Another one of the greatest George Michael hits is Careless Whisper. Everyone heard this inviting and languid saxophone. This incredibly popular song is George Michael’s first solo single. The song ranked #1 on the US and UK pop singles charts.

A song from the first solo album of the same name. This iconic clip documents George Michael’s dramatic makeover. Instead of romantic youth, there is a brutal and hypersexualized man in a leather jacket, dark glasses, and cowboy boots. This one of the greatest Gerge Michael hits is the starting point: from that moment on, both the image of the singer and the content of his songs have changed. The single became the best-selling US song that year.

This hit has long been the audience’s favorite during George Michael’s live performances. The song showcased the musician’s powerful vocal range. Therefore, it is also considered one of the biggest George Michael hits.

The track was released as a single at the height of Wham!’s success. It was written and produced by George Michael. This one of the top 10 hits went #3 in the US and #1 in the UK.

The single was presented as part of the Red, Hot + Dance charity project. “Too Funky” reached the top 10 in the US and was a top 5 hit in the UK. A clip for George Michael’s hits was released in 1992. The track immediately became the most streamed track of the year in Europe.

In 1996, George Michael entered into a serious relationship with Kenny Goss, a former athlete from Dallas. The theme of lust and sensuality returned to his hits. “Fastlove” was a top 10 pop hit in the US and a #1 in the UK.

George recorded the composition in memory of his former lover Anselmo Felleppa (Anselmo Feleppa). The musician was shocked by the death of his partner, and for 18 months, he did not perform or record new material. Nevertheless, this one of the most popular hits reached No. 1 in the UK charts.

In 1998, George Michael was arrested for “obscene behavior” in public. The composition was a brilliant and ironic response to all the negativity expressed by the media against the musician. “Outside” reached number one on the US dance chart and number two on the singles chart in the UK.

The composition is dedicated to partner Michael Kenny Goss. The track became the third single to reach number one on the US Dance Chart. In addition, this one of the biggest George Michael hits topped the charts in Italy, Poland, Portugal, Spain, and the Billboard dance chart.

Our sincerest condolences and support go out to George Michael’s family.

Below, we have compiled a list of the most interesting questions about the biggest George Michael hits:

Casper Whisper is George Michael’s best selling song. Released in 1984, the single was written by Michael at 17. It became George Michael’s first solo record, a super hit, and a classic of modern pop music.

What was George Michael’s first hit?

The song Careless Whisper became the first hit in the solo career of British artist George Michael. A beautiful pop ballad with touching lyrics and an excellent saxophone solo climbed to the top of the charts worldwide and proved to be a huge commercial success.

What vocal range is George Michael?

His voice was naturally high, tenor, and had a pleasant “light” timbre. George had such a rich range. George Michael’s lively vocal range was 3 octaves.

What is George Michael’s best song?

Last Christmas is the best George Michaels song. Last Christmas was sold in considerable circulations in many countries of the world. It is still trendy and often appears in the charts on New Year’s holidays. This one of the most significant George Michael hits is performed on behalf of a guy who continues to be tormented by unrequited love for the girl who left him.

10 Most Beautiful and Empowering Ads 2016