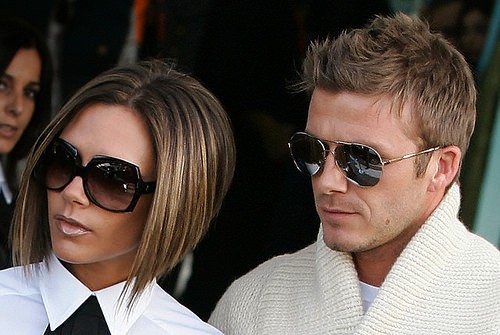 1. It began with Fame

In 1982, Victoria’s mother took her daughters to watch the film Fame. Victoria was 8 year old child who said that she decided to be like Coco who perfectly danced, looked gorgeous even with wild fizzy hair and sang fantastically well.

2. She took part in another band

Victoria’s first band was Persuasion. It consisted of 3 persons: two boys and Victoria. The most memorable song from those times is “Be the One”. Their band sang songs in different disco clubs. Being involved in this group one day Victoria found out a small ad for another group. The requirements were the following: the desire person had to be not older than 23, sing and dance well, must be ambitious, hardworking and persistent. She made her choice and went to that place on the 27th of March in 1994. And everything started afterwards.

Many of us know Victoria Beckham as the other half to David Beckham, however did you know that she was previously engaged to another man named Mark Wood? Mark didn’t treat Victoria well, but she was in love with him and was incredibly happy to have a man, though none of the Spice Girls liked him. While Victoria rehearsed with her group, he lived with her parents and he did nothing to have a good relationship with her. Luckily, Victoria Beckham ended the engagement when she missed the brainstorming session for “Wannabe” because of him.

4. She had random jobs

At the beginning of her career Victoria had different usual jobs like other people have in the world. She had an experience of working as a promo model for a national newspaper Daily Mirror. She had to wear tight pants, boots and a small T-shirt. Victoria liked that job very much. While working, she also had to look after her sister. Also Victoria worked at a department store selling perfumes. She had to spend a lot of time in this position. And even today Victoria is opened to women who can ask her for a perfume sample. That was a great experience for her.

5. She suffers from acne

For most of her life, Victoria Beckham has suffered from severe acne. Even now she has to combat acne. When she was a child, the problem with skin weighed on her self-esteem, which is why she was so quiet and lonely. Victoria told that she would apply a lot of makeup to cover her acne up as a teen girl before she went to school, but her teacher made Victoria wash her makeup off daily. Her sister Louise has perfect skin and curly red hair that made Victoria Beckham feel invisible and insecure.

When Victoria was a teenager she became overweight very quickly. She remembers now that mother called her a fat puppy. But some time later the reason of her overweight was discovered. Victoria had some disease concerning poly-cystic ovaries. It caused some hormonal changes in her body. When Victoria started her career in Spice Girls she finally won that problem. Her friend from the band Geri supported Victoria greatly in that struggle. Victoria changed her eating preferences, started eating vegetables and fruits and doing sports. As a result Victoria became very slim.

After graduation from Laine’s, Victoria Beckham began to submit herself for numerous auditions. Many of her groupmates went on to dance and sing for cruise ships since their expenses were paid, but Beckham knew that she wanted more than her groupmates. Victoria auditioned for a new musical “Bertie” which was based on the life of Vesta Tilley. Even though Victoria knew she didn’t have an excellent voice, she went for it anyway. Fortunately, she got a leading role.

For everybody Victoria Beckham is an ideal picture of fashion and style. She has an experience of working with well-known designers. Victoria worked with the label Rock and Republic. In 2008 she was awarded the face of the campaign Marc Jacobs. To the great disappointment of her fans, in spite of all those facts Victoria was on the Worst Dressed List of Mr. Blackwell. That was in 2007.

Once Victoria tried something really extraordinary. When she had a performance in 2001, her fans could see a fake ring on her lip. That caused much negative reaction and talking towards her. She experienced criticism. It was considered to be a bad example for her teenage fans all over the world. Victoria could never expect that a small mischief like that would lead to such consequences.

Victoria and David Beckham are parents for two nice children Brooklyn and Romeo Beckham. They enjoy the opportunity of having such amazing and glamorous parents like no one else can have. They were choosing carefully godparents for their sons also. And finally they stopped at Sir Elton John and Elizabeth Hurley and Victoria’s brother and sister. Another famous person Eva Longoria became a godmother for their daughter Harper Seven. Eva shared her impressions and feelings on that event. It was really exciting and fascinating for her.

Nowadays we can see Victoria as a serious person, who is very professional in what she does. But she was not such before. Her friends and family can state that fact. Many years ago she was a real comedian. She can easily make people laugh. Victoria has the combination of everything that can make her perfect. That is her beauty, talent, success and of course a wonderful sense of humor.

12. The best gifts for birthday

Not all girls in this world are so lucky to receive the most magnificent and extraordinary gifts for their birthdays. But Victoria is. In her past life she really received some interesting presents. One of Victoria’s best friends Heidi Klum provided her with a year supply of cupcakes on her birthday. It cost $2,000. And Victoria could have a box of cupcakes every week. At the top of everything when Victoria was 34 David gifted her a vineyard in California.

I enjoy reading a wonderful autobiography, and it was interesting for me to find out these facts about Victoria Beckham. Have you heard about these facts before? Do you know any other facts? I’d like to hear! 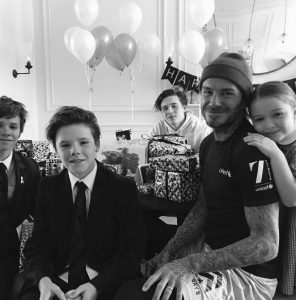