The new Beauty and the Beast with Emma Watson, Dan Stevens, Ewan McGregor, and Ian McKellen is breathtaking, magical, mystical, and just a tad mysterious. We see the Beast, Belle, her father, and most of the other important cast and story line.

But there are several important, even vital, moments missing. Are they on purpose to create suspense? Are they changing the story to be more modernized, like they did with Maleficent? Explore what is missing with us and decide for yourself.

The first major plot change I noticed differing from the original is the Beast’s portrait. In the original we see a painting of himself before the curse, where he is standing alone. Throughout the original we hear nothing of his past or his family besides how he was cursed.

But in the live action trailer we see a similar portrait, but instead of standing alone the Beast has his father and mother in the portrait with him. Could this possibly be adding to his backstory? Only time will tell.

The next major difference is Maurice’s imprisonment. In the original Disney film, Belle’s father wanders into the castle after losing his horse on the way to present his new invention. However, in the live-action trailer, we see him briefly, picking a white rose on castle grounds, then being attacked by the Beast.

This may seem minor compared to some of our other findings, but as we know, roses have a huge significance in this movie. Could the white roses represent something? Or are they simply an elegant touch to the old castle grounds? And is Maurice still his crazy, old scientist self, or have they changed his background on top of the Beast’s?

3. The music and song

Another hefty chunk of the Beauty and the Beast storyline is the music and song. In the original movie we are treated to beautiful songs that not only bring us joy, but add to the plot of our harrowing story. In the new trailer, however, there is no singing.

We do not even see any of the scenes, or hints of them, that feature the plot elements of the original songs. There is no hint of Belle’s love of books, of Gaston and his arrogance, of the Beast’s feelings and transformations, of how Belle and the Beast evolve and grow to love one another. It makes us wonder if they will include any of these small moments.

4. Do you wish to take your father’s place?

And the final, last difference, is just one simple line. “Do you wish to take your father’s place?” In the original movie, Belle offers, practically begs, to take her father’s place in the castle prison.

But in the trailer we see the Beast find her, and instead of trying to throw her out, he offers her to take his place right that moment. This shows a definite shift in the Beast’s personality, which could change the entire movie on its own.

So, what do you think? Are these differences worth investigating and pondering? Have you found any more significant changes or things missing from the live action trailer? Let us know, give us your opinions and findings by commenting below.

10 Christmas Songs You Will Never Get Tired Of 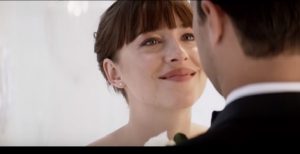 The True Reason People Are Not Obsessed with Fifty Shades Freed 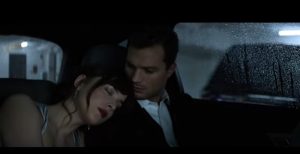 The First Trailer for Fifty Shades Darker Is Finally Here 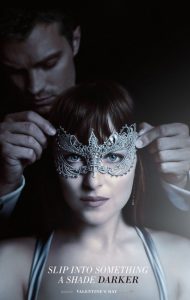 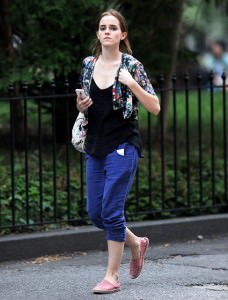 9 Celebrities Who Look Great without Makeup
Subscribe to Amerikanki Celebs