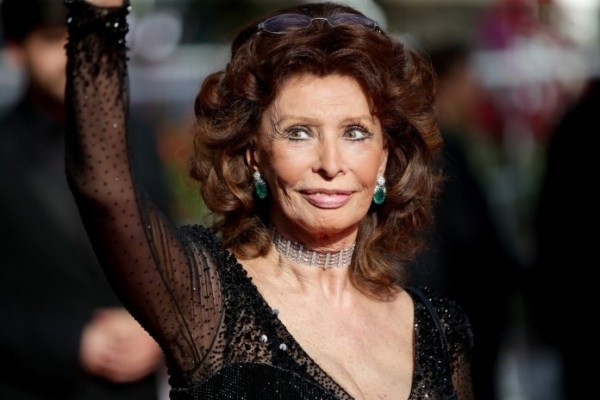 Famous Italian actress and singer who is in Dolce & Gabbana’s perfume campaign, Sophia Loren has been made an honorary Naples citizen. This is the city that made Sophia an international star and she shot a lot of movies in Naples. Mayor of Naples Luigi de Magistris honored the talented and legendary actress and epitome of glamour. Around 500 people attended the ceremony and congratulated Sophia Loren.

She looked surprised and happy at the same time. No wonders, not everyone is awarded with the honorary citizenship of the city or even the country.

Despite all the facts that Sophia was born in Rome, actress grew up near Naples. In 1954, Sophia Loren starred in the movie ‘The Gold of Naples’ that made her incredibly popular. We are happy for Sophia Loren because she really deserves such an honorable award.