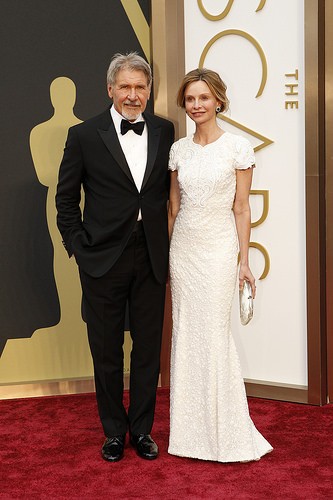 When the original Star Wars hero and the fun AllyMcBeal star met, gossip magazines constantly wrote their relationship off, because of the huge 34-year age difference. One day in 2010, they went off to New Mexico and eloped. It wasn’t real elopement – Gov. Bill Richardson of New Mexico officiated. Ford’s adult son Ben, who was in attendance, said, “Those crazy kids went off and eloped.”