7. Under the Tuscan Sun 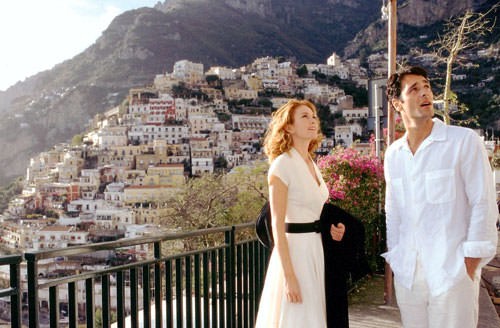 A writer named Frances (Diane Lane) is devastated after her marriage ends when her husband leaves her for another woman. She takes a bus tour of Tuscany but she can’t shake herself out of her despair and move on. Then on sudden impulse she gets off the bus when it stops to let sheep pass by on the road and buys a villa in the town of Cortona that is in need of much repair. She gradually assembles a very quirky crew of helpers that include a good friend from San Francisco who is pregnant, a married real estate agent who is her lover for a while, and Polish immigrants who are wandering through the town. Her home becomes a jewel in Tuscany, and along with it comes the love of her life.

With gorgeous scenery the movie is a real treat to watch, immersing us not only into its color and incredible beauty but into a lovely feeling of escape. One co-star is Sandra Oh from the “Gray’s Anatomy” TV show. Diane Lane received a Golden Globe nomination as Best Performance by an actress.