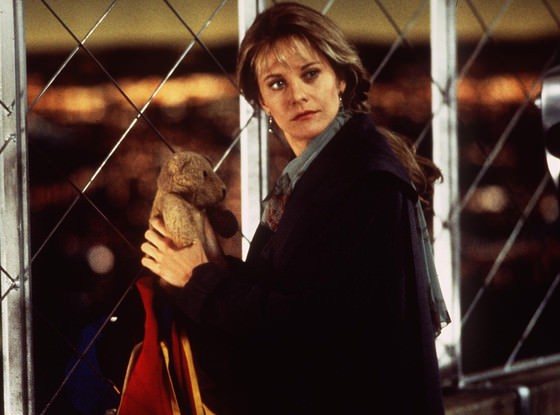 This Nora Ephron comedy stars Tom Hanks and Meg Ryan. The story focuses on Sam’s (Tom Hanks) inability to get over grieving when his wife passes away. He moves to Seattle to escape memories. On Christmas Eve his young son Jonah, without Sam’s knowledge, explains his dad’s problem on a national radio talk show that is listened to by Annie (Meg Ryan). Annie is a journalist in Baltimore, already engaged to a man (Bill Pullman), but suddenly she finds herself falling in love with Sam, sight unseen. She writes to him proposing they meet, but their efforts keep running amuck and they don’t seem able to get together at all. A pivotal and famous scene occurs at the Empire State Building. When the movie ends you want to watch it all over again…

Other actors include David Hyde Pierce of Frasier fame, Rosie O’Donnell, and Victor Garber from the TV show Alien. Rita Wilson, Tom Hanks’ wife in real life, has a cameo role as Sam’s good friend. A marvelous score is the undercurrent, including songs like “As Time Goes By” (from Casablanca!), “Stardust” by Nat King Cole, “Stand By Your Man” with Tammy Wynette, and “When I fall in love” with Celine Dion.